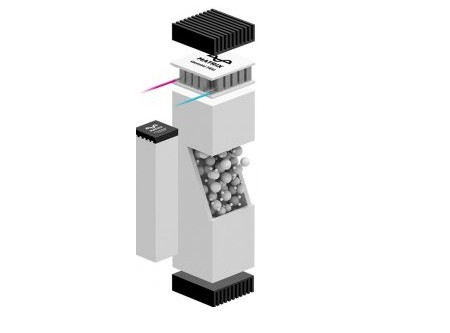 If there is one thing that continues to plague the modern world, it would be this: the lack of energy or power. Developing countries are hungry for energy resources to power their industries and development, while developed countries all the more require massive amounts of energy to keep the wheels of life turning every single moment. A blackout or brownout might be rare these days for many people, but when it happens, it goes to show just how dependent we are on electricity. Matrix might be on to something new here, having announced the world’s first all-in-one integrated thermoelectric energy PowerStation that is touted to power anything from nothing.

It might sound like a whole lot of scientific hogwash or simply a pie in the sky dream, but the PowerStation is very real. It has been specially developed to provide companies with the ability to integrate and leverage Matrix’s leading energy harvesting technology right into their own existing hardware. The kind of hardware involved include IoT sensors and beacons, among others. Their PowerWatch might rely on body heat in order to keep the wearable timekeeping device going, but the PowerStation will generate energy instead from the ubiquitous temperature fluctuations in the ambient air around it.

When launched, Matrix had already started to work alongside a slew of partners, where among them include government agencies, transportation companies and others, who will integrate the PowerStation into their existing infrastructure in order to enjoy clean, sustainable and reliable always-on power as and when required.

The solid-state PowerStation solution is the perfect fit for IoT sensors and beacons, enabling easy deployment and maintenance of thousands of beacons simultaneously. This will also help solve one of the main obstacles of a city-wide adoption, that is, the deployment, maintenance and powering of an entire smart city. In fact, PowerStation is even able to convert even the smallest ambient temperature changes (~2°C) into electricity. The future certainly looks bright with the PowerStation in place.