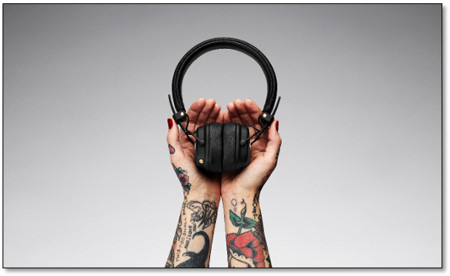 When it comes to enjoying your favorite tunes, many of us would have a pair of headphones that we simply cannot make do without. Of course, some of us might settle for a more affordable pair simply because our ears cannot tell the difference, while audiophiles would look for something else that is going to cost a whole lot more for the sake of audio quality. Marshall, a name that has long delivered quality headphones, has just introduced the Major III. The Major III is the latest incarnation of Marshall’s most popular headphone, having sold more than a couple of million units ever since it was launched in 2010.

What makes the Major III headphones stand out from its predecessors? Well, there have been updates worked into this latest model, including new drivers for improved sound characteristics, updated ear cushions for comfortable all-day wear so that your ears will not feel the burn, in addition to real vinyl details for that added touch of class. In line with keeping to the modern trends, the Major III headphones will also arrive in a wireless Bluetooth version for folks who would prefer to live out an untethered lifestyle, while there is also a standard wired version that will suit your listening needs.

The Major III and Major III Bluetooth will boast of new 40mm dynamic drivers that have been optimized and carefully tuned in order to deliver improved sound characteristics. Either way, you can enjoy a clearer, more defined sound without having to compromise on power at lower frequencies. The Major III Bluetooth makes use of Bluetooth aptX technology so that you can enjoy up to 30 hours of non-stop wireless music playback, now how about that for long lasting performance?

Regardless of which particular version you finally decide to settle for, both of them happen to be instant modern classics that have been re-engineered for a cleaner, refined design. The silhouette will remain true to its original form, and the Major III and Major III Bluetooth headphones can already be purchased for $79 and $150, respectively.