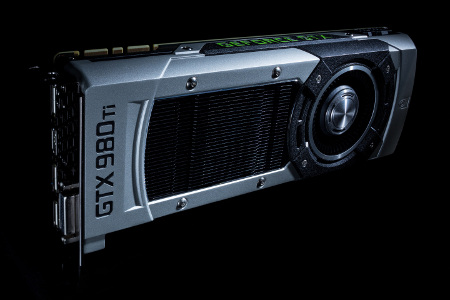 When it comes to serious gaming, you can be sure that hardcore gamers are not going to compromise on the kind of hardware that they use. In fact, every little bit counts – ranging from the kind of chassis to RAM, hard drive or SSD, monitor, the processor, and of course, the video card itself that does all of the graphical heavy lifting. NVIDIA’s GeForce GTX 980 Ti is said to be able to triple the performance and memory of previous generation cards, which would mean one can enjoy an exceptional gaming experience – never mind that it is being worked up to deliver images in ultra-high-definition 4K settings.

Maingear’s entire range of extremely powerful gaming desktops will bend to the will of NVIDIA’s latest GPU that is based on the Maxwell architecture, where you will end up with 2816 NVIDIA CUDA cores, a 1000 Base Clock, 1075 Boost Clock, 6 GB of memory GDDR5, and 384 bit of Memory Interface, now how about that for superior graphical firepower?

The latest GPU from NVIDIA would also arrive with an array of advanced gaming features, where among them include VXGI (Voxel Global Illumination) that will accelerate dynamic lighting for even more vivid and immersive graphics, and DSR (Dynamic Super Resolution) that delivers 4K experience on a 1080p monitor. Not only that, there is also DirectX12, which is the latest version of the graphics industry standard adopted by gaming developers worldwide, and it also boasts of a proprietary technology that will work to reduce latency and scales performance up to 2x in SLI.

It is said that the Maingear desktops which will boast of NVIDIA GTX 980 Ti graphics are now ready and available for customization purposes. Surely this is but a golden opportunity for you to know that you are not going to get the short end of the stick, graphically speaking, if you were to settle for what Maingear throws into the mix.