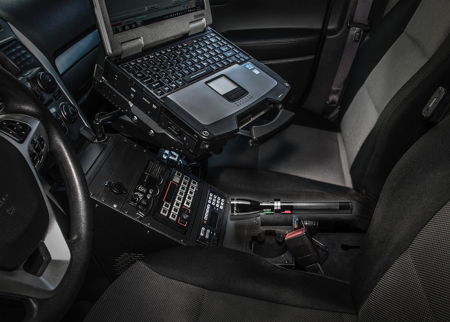 Maglites are the go to name when it comes to a handy flashlight that simply works as and when required, no questions asked. Well, now that technology has progressed to such a high level these days, what would the next step of evolution for the Maglite be? The answer arrives in the form of the Maglite ML150LR LED flashlight rechargeable system, which is touted to be the brightest, farthest-reaching light that has ever been introduced by the folks over at Maglite.

Specially designed with both first responders and civilian users in mind, the 1,000-lumen Maglite ML150LR LED rechargeable flashlight will boast a whopping 450 meters of beam throw, sporting a mid-size format that should make it a snap to tote around. Never mind its mid-size (C-cell format) dimensions, there are multiple power settings and critical efficiency innovations which allows it to run for a whopping 75 hours on a single charge, all of it made possible thanks to its state-of-the-art Lithium Iron Phosphate (LiFePO4) battery.

Using a solution that was recently patented by Mag Instrument, it carries an integral heat-sinking technology which will be able to drain heat speedily from the LED so that the lifespan of the LED is increased, all the while ensuring that the battery life is extraordinarily long without having to compromise on brightness and performance. The Maglite ML150LR comes with a versatile charging cradle which allows it to be powered from a standard wall outlet, or to have it juiced up by the 12-volt DC electrical system in a vehicle. There are also multiple power settings to control light output and battery burn rate, while it sports IPX4 water resistance. The advanced user interface with five available functions as well as custom-configurability will have it suit the individual user’s preferences. We would not recommend you leave home for camp without this bad boy!