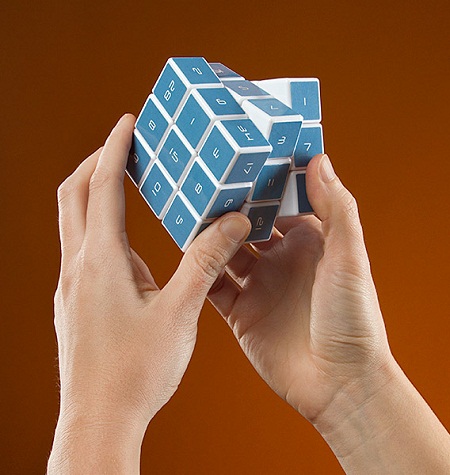 There are puzzles that toy with our minds in a fun way, and then there are those meant only to try and cause harm to your brain. The Rubik’s Cube is a fun little teaser which can keep you occupied for some time if you don’t know the trick to solve it. To the untrained eye, it can seem very difficult. Needless to say, that’s only the tip of the iceberg for this sort of puzzle, but someone decided using colors wasn’t difficult enough.

For those of you who enjoy math, and solving what seems like the most complicated tests of the mind, the Magic Cube might be of interest. This is a Mathematic 3D Logic Puzzle that has a different series of numbers on each face. This includes:

Needless to say, this one is going to be a doozy. All the faces have to be solved for it to be ‘completed’. If you’re up for a rousing headache, this will cost you around $20.

Available for purchase on ThinkGeek