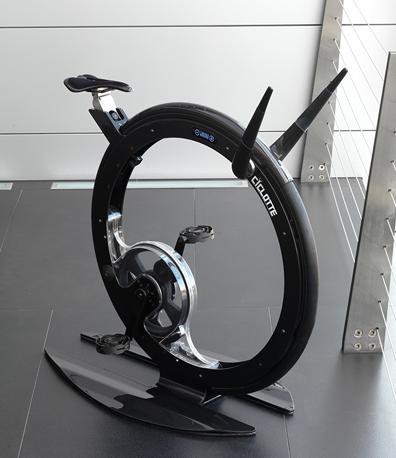 It’s hard to imagine, but what if you had so much money that you literally bought everything you’ve ever wanted? Would you stop buying stuff, give a bunch of money away, or keep spending money on more and more frivolous things until you have an emotional breakdown about your own personal worth? Hopefully you’re living decently enough to not be leaning too far one direction or another, but if you are starting to buy frivolous stuff, then you are part of a target market!

There are insanely pricey things everywhere, and only those who don’t have to think of money as an obstacle can buy them. Take the Ciclotte for example. This is a luxury bicycle that costs $11,699, and likely a few hundred more for shipping and setup. It doesn’t necessarily do anything different from other exercise bikes, but it does take on the basic shape of a circle!

This isn’t available yet, but it seems to have four out of five stars with no reviews. It also states that the only different thing about it is that it’s pretty by saying “it breaks with the designs of gym equipment that have always emphasized functional aspects, to find a place with inimitable style within the most varied living contexts”. It would certainly look cool in a big-windowed high-rise apartment, but only a small portion of the world can live that way.