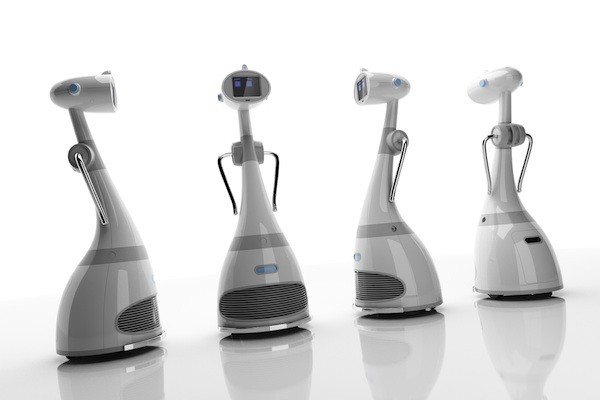 I believe it was the preview of the movie Bicentennial Man that promised that every home would have a robot by the year 2005. Well, we aren’t there yet, but RoboDynamics is promising a robot in every house by 2021.
The Luna robot is supposed to be a robot mobile platform. I believe that means we are looking at an “App Store”, but instead of a special program for an iDevice, this would be a program for a robot. I’m sort of looking forward to the days where you can download an app for walking the dog.
You can watch the video after the jump to see more of it, but you don’t really see much except a robot modeling to the main theme song from Chariots of Fire. However, you do get a close look up its ports, located conveniently in the backside.
In addition to this App store and ports, the Luna Robot should come with “personality packs” and an 8-inch touchscreen, two cameras, wireless connectivity, three-mic array, as well as a variety of sensors.
The Luma should be coming soon in standard, and then there is editions limited to about 1,000 pieces. The price should be “affordable”, so I guess we really are looking at that future of robot servants after all.