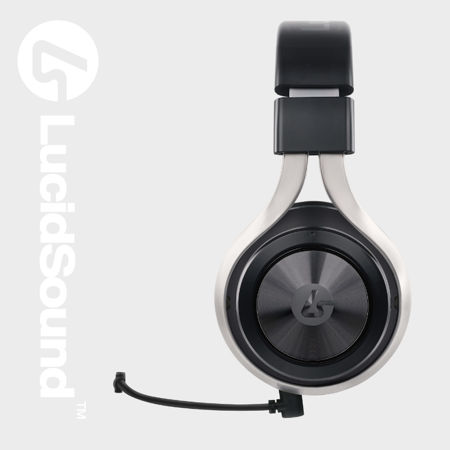 If you happen to be a gamer, then surely you would know that there are many different kinds of hardware specifications as well as configurations in which you can work with, based on your budget, as you make a decent attempt to squeeze out every single drop of performance from the existing setup. Having said that, it seems that with so many different kinds of options available, those who are well into team-based games rather than solo efforts like an FPS deathmatch might want to look into a gaming headset that not only helps to get the message across nice, loud and clear, but also makes you look good while wearing it. Perhaps LucidSound might have stumbled upon quite the winning combination with the LucidSound LS30 Universal Wireless Gaming Headset.

LucidSound, the name behind many a groundbreaking headset where gaming is concerned, has just announced the LS30 Universal Wireless Gaming Headset’s availability in the US, while folks who happen to live across the pond should be able to pick it up some time later this month. The LS30 was specially developed with gamers in mind, where it has a focus on an innovative interface, ultimate comfort, solid construction, and incredible style, of course. It will also boast of intuitive controls when it comes to controlling the in-game volume, chat volume, and game and mic mute.

It will also play nice with the likes of the Sony PlayStation 4, Xbox One, PlayStation 3, Xbox 360, mobile phones, and mobile gaming devices. Boasting of 50mm Neodymium drivers, your ears will be able to experience deep bass and clear highs, while a trio of audio modes: Normal, Bass Boost and Treble Boost, will let gamers check out the best possible sound for a wide range of gaming, whereas the rechargeable battery delivers up to 15 hours of uninterrupted, comfortable gameplay.

The LucidSound LS30 will come with a sticker price of $149.99 a pop – not cheap at all, but worth every penny if you would like to squeeze out every single drop of performance from your hardware.