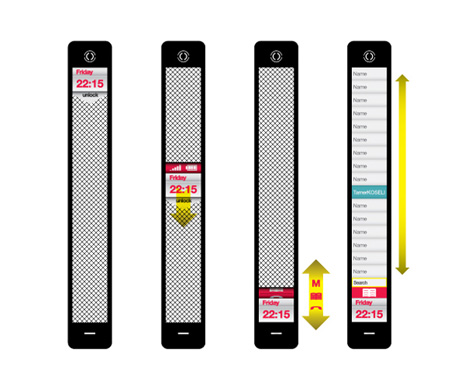 How disproportionately long does a phone have to be to lose its “mobile” title? Apparently conceptual phones of the future might push the form factors of phones to the limit.

Or so is the case with Tamer Koseli’s Super Phone, which has an extra long design which both increases screen size and functionality (we never said it did so practically!) In fact, the Super Phone has enough room for two OLED displays on one continuous surface. 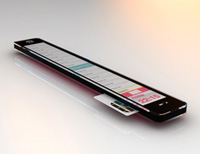 When Koseli designed the Super Phone, he wanted a device which offered no frills. Just straight up productivity. But just because you won’t find an MP3 player or camera on this gadget, doesn’t make it a weakling.

A small OLED on the device displays all of the basic information, such as time, date, and missed calls, while the extra large display on top is where all of the finger magic happens. When you compare the size of the phone to the sim-card displayed, it’s really not as big as you would think.