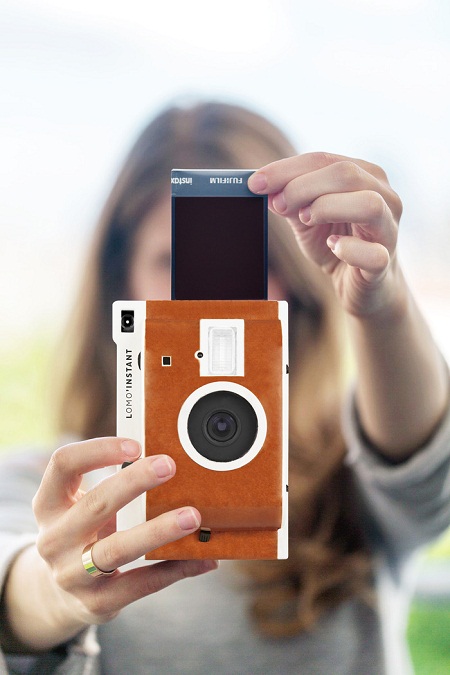 Just when you thought the hipster world had found their peak of retro/modern fusion devices, there’s always got to be something bigger and better. More often than not, things that appeal to the retro style are more gimmicky than functional. Every now and again though, something crops up that doesn’t seem like such a bad idea.

The Lomo’Instant Camera not only works like the Polaroids of yore, but has a lot of customization options for the modern day photography enthusiast. This has wide angle, fish eye, and and portrait lens attachments, and comes with some color gels. There’s a two-step focus which makes getting the perfect picture an easy ordeal. You can take an unlimited amount of multiple exposure photos, as well as have an infinitely long exposure. This basically means you can make up whatever you want if you have some creativity to spare.

This uses Fujifilm Instax Mini Film, which costs about a $1 a sheet, but isn’t too hard to come by. This is combining aspects of old and new world photography and is creating a hybrid that looks somewhat promising. The best part is that it only costs around $110, which isn’t to bad for such a particular camera. There are a variety of styles to choose from, but the price will fluctuate depending on what you choose. Of course, that price is only going to go up when you need to buy more film.