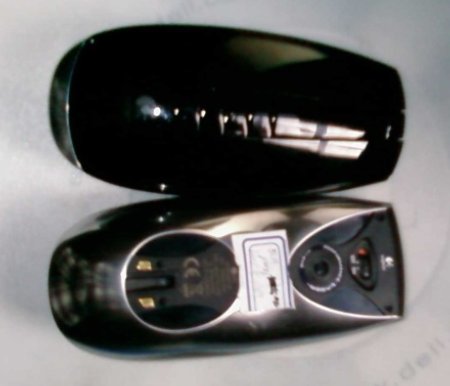 Looks like the folks at Logitech are keeping the MX Air mouse under wraps, but thankfully for the rest of us, security isn’t as tight as expected. Hence, we have the customary blurred photo of the Logitech MX Air mouse – a pointing peripheral that is said to work by combining both the traditional laser mouse technology and an in-air gyration motor. No idea on how that is going to work out nor how much more precise your aim can get in an FPS, but if it gives you a psychological edge while you pummel your opponent to death, who am I to speak out against it?

Logitech has not yet ditched radio frequency in favor of Bluetooth, so you’ll be stuck with a RF dongle for the moment. The Logitech MX Air mouse will probably be released this summer at a yet undisclosed price. What, is the mouse going to end up as some kind of pseudo-Wiimote peripheral?