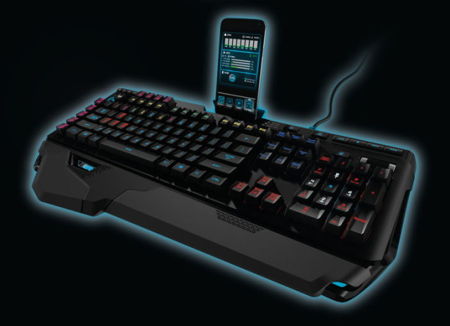 Swiss-based Logitech has come up with its fair share of mechanical keyboards in the past, such as the Logitech G710+ Mechanical Gaming Keyboard, and those have more often than not pushed the envelope, moving the entire industry forward by more than just a couple of steps. Hence, it is far from surprising to hear that the folks over at Logitech have come up with a brand new Logitech G910 Orion Spark RGB Mechanical Keyboard, where your entire gaming experience is set to change and be elevated to the next level. After all, it will boast of Logitech’s exclusive new Romer-G mechanical switches, which will offer 25% speedier actuation compared to any other mechanical switch in the market, not to mention improved durability and intelligent Illumination.

This is the result of years of ongoing development by Logitech’s engineering team, where they have incorporated feedback from gamers and eSports athletes in order to churn out a next-generation mechanical key. The Logitech G910 Orion Spark RGB Mechanical Keyboard will merge the attributes of lightning speed responsiveness, improved accuracy with superior RGB illumination in a performance-driven design.

In fact, the new Romer-G mechanical switches cannot be found anywhere else, boasts of an actuation point of 1.5mm, and is capable of registering your key presses up to 25 percent faster compared to competing mechanical switches. It also sports improved durability at 70 million keystrokes, which is up to 40 percent longer than others on the market, letting it handle some intense gaming, and then some.

You can also customize the lighting in every key of Orion Spark individually, choosing from a palette of 16.8 million colors. The keys can be marked by color to help you keep track of spells and other commands, and you can change the colors to match your setup, or set the lighting depending on the game you are indulging in at the moment.

Expect the Logitech G910 Orion Spark RGB Mechanical Keyboard to arrive in the U.S., Europe and select countries in AP from November onward with a recommended retail price of $179.99 a pop.