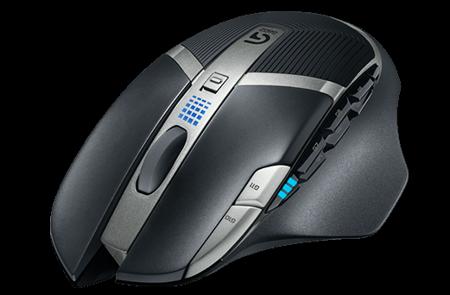 No two gaming mice are alike – ask any gamer, and they will tell you that. Some gamers prefer something simple, especially when you have bound all your keys to different weapons, that all you need to do with your mouse would be to fire your primary weapon, a secondary weapon, and to move with unparalleled precision. Well, some other gamers like something a little bit – nay, a whole lot more complicated, and the more bells and whistles, the better. I suppose the Logitech G602 wireless gaming mouse would be the ideal gaming peripheral in this case as it is also a “marathon runner” in a sense where it boasts over eight times the battery life compared to other wireless gaming mice. We are talking about a serious 250 hours of non-stop gaming action here, all without having to compromise its gaming grade sensor or connection performance.

To make sure that you get the best gaming experience possible, the Logitech G602 will also feature an exclusive Delta Zero sensor technology that delivers high-accuracy cursor control. Not only that, there is also an ultra durable build with primary mechanical switches which have been rated to a 20 million-click lifespan. Other than that, there are also eleven programmable controls so that you can master your favorite games easily by assigning the actions you use most to the buttons you want, all thanks to the Logitech Gaming Software. The asking price for the Logitech G602? $79.99 a pop.