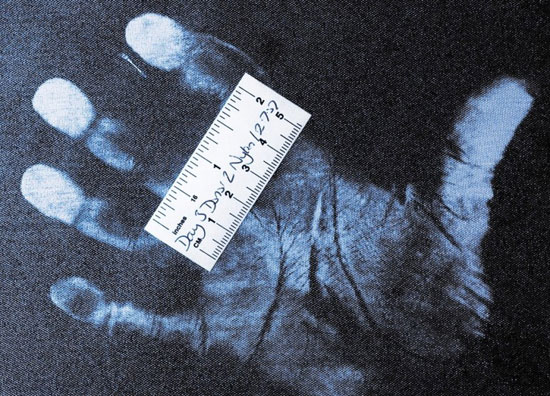 I think that we all know that most of the technology that we see on that CSI show is more advanced than actual forensic science or, in some cases, just plain non-existent.
However, some researchers in Scotland have just discovered some new techniques that could crack a case on the next episode of CSI: Whatever city we’re in. The technique involves getting fingerprints off of clothes.
It involves vacuum metal deposition, which is already good for plastic and glass. In the case of fabric, it is put in a vacuum chamber, and heated and evaporated and spread in a fine layer over the fabric. When heated zinc is applied, it attaches to the gold layer where the fabric has no fingerprints, and leaves the treated fabric to shine out where the contact has been made.
Of course, it isn’t a perfect method of identification, but later research will make it so the print is clearly visible. As the process stands now, it works most clearly on silk and polyester.
Well, I can picture some exciting new episodes of CSI in future seasons. I wonder if it is possible to take a fingerprint from a glove that has been turned inside out. That would make certain a killer with gloves on would still get caught.
Source