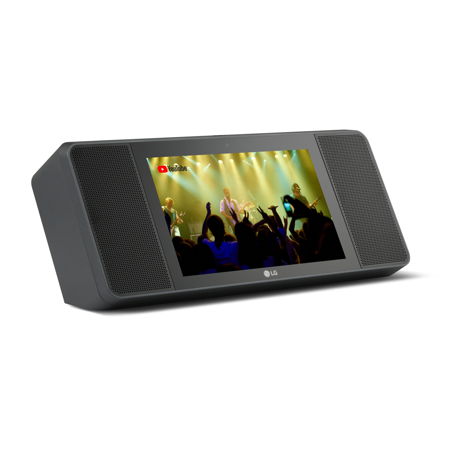 LG has a slew of consumer electronics devices that are certainly cutting edge, and this time around the South Korean company has revealed the innovative new XBOOM AI ThinQ model WK9 which boasts of AI Smart Display alongside Google Assistant capability. This potent combination would also boast of unparalleled sound quality from Meridian Audio, resulting in a powerful and beautifully designed smart home device.

While the asking price of $299 apiece for the LG XBOOM AI ThinQ model WK9 might seem a little steep to some, bear in mind that it packs far more punch than what its size is capable of. For starters, the advanced LG AI Smart Display was developed in collaboration with Google, resulting in the WK9 being able to offer the capabilities of a Google Assistant speaker alongside the added convenience of a touchscreen display. Their partnership with Meridian Audio will also feature high-fidelity sound, precise vocal definition and accurate bass. This means that audio and video quality is not sacrificed despite the relatively small form factor of this smart home device.

In addition, the XBOOM AI ThinQ model WK9 will arrive equipped with a front-facing camera that is perfect for video conferencing, accompanied by a pair of 20W speakers that have been tuned by Meridian Audio. As a result, you will be able to enjoy crystal clear audio for communicating with loved ones, rock to your favorite tunes while keeping the children quiet with the 8-inch touchscreen display that is ideal for video playback. Not only that, it works great with resources such as Google Maps or Photos.

To sweeten the deal, the WK9 will also enable control of other LG ThinQ products within the home, including LG TVs and home appliances in addition to over 10,000 other smart devices from more than 1,000 brands that are compatible with Google Assistant.