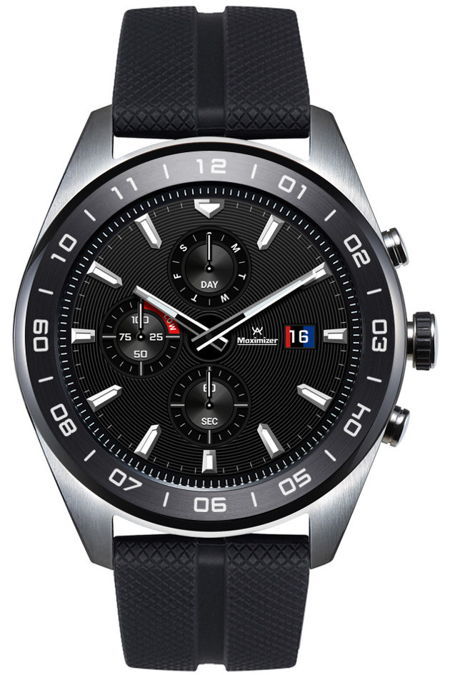 Smartwatches might be able to make you more efficient, but this does not mean that the ordinary watch industry is going to die a slow and painful death. On the contrary, it seems that analog timepieces are back in vogue, and while certain high street labels such as Armani have come up with their own range of smartwatches, there is still a huge market for traditional watches. LG has released smartwatches of their own in the past, but this time around the South Korean conglomerate has decided to try something different in the form of the LG Watch W7. The LG Watch W7 would be a hybrid timepiece, hoping to bring together the best of both worlds on your wrist.

The LG Watch W7 is a piece of wearable technology that merges the traditional elegance of mechanical hands alongside digital functionalities. This is also the very first LG wearable to run the new wearable platform Wear OS by Google, where it has been specially designed for consumers who value the look of a traditional timepiece more than a modern tactical watch, while being more than capable of delivering the convenient functionalities of a connected smartwatch.

You will find high precision movement integrated into the LG Watch W7, where its physical watch hands are wrapped in a stainless steel body. Apart from making sure that it is capable of keeping the time accurately, the mechanical hands will also display additional information such as altimeter, barometer, stopwatch, timer and compass directions. A single charge will be able to power the LG Watch W7 for two days on paper, but chances are in real life use, you will probably get slightly more than a day’s work on it before it requires a trip to the nearest power outlet. This is particularly true for the first few days as you play around with your brand new toy.

If it is in watch-only mode, a single charge will tentatively allow it to run for three months without missing a beat. As it is powered by Google’s Wear OS, it can be customized thousands of different ways with unique watch faces and complications available online. Expect the LG Watch W7 to be accompanied by a $449.99 price tag for those who are interested.