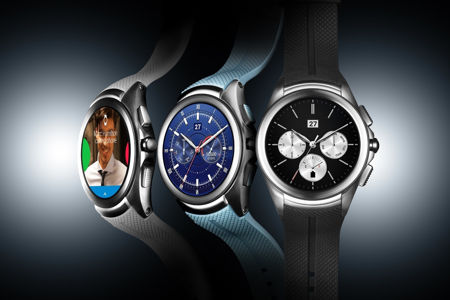 Pop quiz time: What makes the LG Watch Urbane 2nd Edition LTE so special in the first place? This particular smartwatch happens to be the very first Android Wear smartwatch in the market that boasts of cellular connectivity, and it will start to roll out to customers worldwide from this month onward in the United States and South Korea. AT&T themselves have already announced the beginning of online sales, where the LG Watch Urbane 2nd Edition LTE is also available in-store right now, whereas Verizon has picked up pre-orders for it, too.

Playing nice with Android-powered smartphones as well as iOS-powered devices, the LG Watch Urbane 2nd Edition LTE will allow the wearer to not only answer calls, but also to check messages as well. This would mean a shorter amount of time that is required to receive and respond to any kind of input, even when one is not toting one’s handset, now how about that? This means you will be all the more connected at all times, without having to worry about missing out on any incoming calls and the ilk.

The LG Watch Urbane 2nd Edition LTE will boast of a classic timepiece design that comprises of a hairline-etched stainless steel body alongside a full-circle 348ppi P-OLED display. There is a trio of buttons located on the right side of the smartwatch that offers quick access to shortcut settings, LG Health and other apps, while the high-capacity 570mAH battery and Power Saving Mode will be able to support the second edition smartwatch’s “on-the-go” wearable capabilities.

Do bear in mind that cellular enabled features will vary across Android and iOS platforms, where it will be Android Wear compatible with Android smartphones running 4.4 or higher or iOS smartphones running 7.0 or higher, but thankfully most of the newer devices already fall under either category.