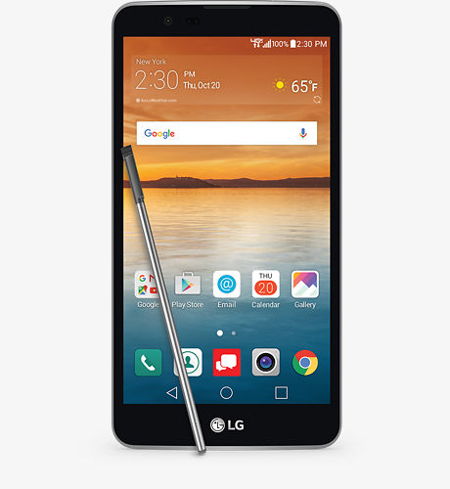 Are you in the market for a spanking new smartphone? If you have answered in the affirmative, then chances are you would be spoiled for choice, although you would most probably have at least one particular model in mind already. Rather than settle for something that the masses would go for, like the iPhone 7 or iPhone 7 Plus for instance, how about something different in the form of the LG Stylo 2 V?

Verizon is offering the LG Stylo 2 V, a smartphone that is said to be able to unleash your creativity. What makes the LG Stylo 2 V smartphone appealing? For starters, it will provide users and notetakers with the ability to design, draw, sketch and write on its generously sized 5.7” High Definition display regardless of where you are.

The LG Stylo 2 V is certainly a very different beast from what we are used to when it comes to other LG smartphones on offer, since it delivers a large screen experience without requiring you to break the bank. The display itself provides you with an immersive video experience that is ideal when it comes to watching videos, or perhaps to capture your child’s first steps with the 13-megapixel camera that is located at the back — precious moments in life that ought not to be forgotten, but rather, recorded for posterity.

Not only that, LG’s now famous rear-key power button would also come with a fingerprint scanner, providing yet another layer of security as well as to keep up with the times. It helps you to lock and unlock specific content, and will also support Android Pay where mobile payments are concerned.

With the Stylo 2 V also gaining the reputation of being the only LG smartphone in the market that boasts of a stylus pen that lets you scribble down random thoughts, it works great with the screen-off memo mode, so that you can jot down ideas quickly without having to turn on the display.

Other features of the LG Stylo 2 V include Android 6.0 Marshmallow, a 5MP front-facing camera, Full HD video recording capability, an octa-core 1.8GHz processor, 16GB of internal memory that can be further expanded by a microSD memory card, and a 3,000 removable mAh battery. It will be available for $10 per month for 24 months on Verizon’s device payment plan or $240 as an unlocked device.