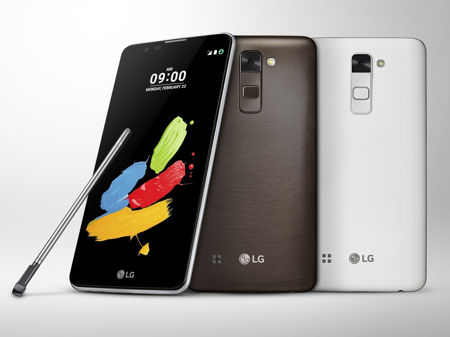 When it comes to giving gifts to your loved ones, there are many different variables in which you will be able to choose from – and hence, we would like to make your life a wee bit easier if a smartphone is on your list, especially a smartphone for one who is not all that well versed in the world of smartphones, preferring instead to rely instead on a regular handset. The LG Stylo 2 which has debuted not too long ago can be said to be the perfect smartphone for those who are new to the smartphone scene, picking it up from Cricket Wireless stores and online for $169.99 a pop.

The LG Stylo 2 will arrive with a 5.7″ HD display, allowing your eyes to take a well-deserved break thank to the generous viewing area, and you will also be able to catch a movie or two on your favorite streaming service thanks to its large HD screen. The LG Stylo 2 is also said to feature the perfect size for watching videos and movies, and yet it remains at the right size for your hand, purse or pocket.

Apart from that, there is a built-in stylus with Pen Pop and Screen-off Memo, which means you will not lose any time when it comes to fumbling with the virtual keyboard – something that the older generation might take some getting used to. In fact, it is also easy to use since you can make use of the stylus to jot down your brilliant ideas without even turning on the screen, now how about that? In order to do so, all that you need to do is to grab the stylus pen and begin writing!

Of course, do bear in mind that the LG Stylo 2 is far from being a high end model like the LG G5, so do not expect it to be able to rock your world.