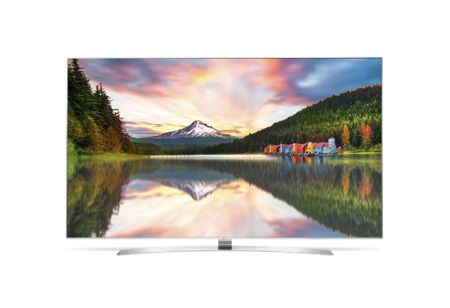 CES is one particular platform where many of us look forward to – especially where companies are concerned as they work to roll out the latest and greatest devices to the masses. While there are many small companies that do churn out cool devices, we should also remember that the big boys are in place to deliver their fair share of hardware that should make your jaw drop as well. LG is one of them, hailing from South Korea, and they are said to unveil their LG SUPER UHD range at this year’s CES, which happens to be a new premium line of 4K ultra HD TVs.

So, what would make the leading 2016 4K Ultra HD LCD/LED TV lineup from LG so special? For starters, the LG SUPER UHD TV will boast of LG’s most advanced LCD/LED picture quality to date (and we would not have expected anything less, really), alongside expanded color capabilities, advanced picture and sound-enhancing features that will include high dynamic range (HDR) and LG’s alluring Flat ULTRA Slim design.

The high end UH9500, UH8500 and UH7700 LG SUPER UHD series will boast of an advanced IPS display with innovations such as True Black Panel and Contrast Maximizer for advanced picture quality at wide viewing angles. True Black Panel happens to be a proprietary technology which minimizes reflections and enhances contrast ratio, delivering a more comfortable viewing experience whereas Contrast Maximizer will deliver more depth and contrast through the separation of objects from their backgrounds.