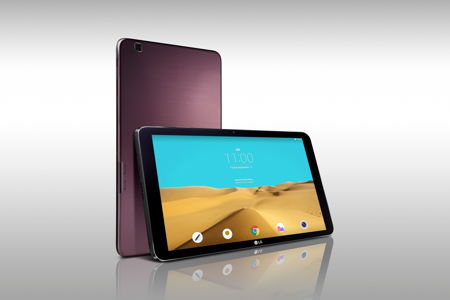 When it comes to tablets, there are basically three different kinds of platforms from where you can pick from – the iOS side, the Android platform, or less used would be the Windows operating system. At the end of the day, it is not so much the hardware than the software that carries a particular device, although the hardware does play quite an important role, too. LG knows this, and it is nice to see them roll out the LG G Pad II 10.1 which arrives in a compact design alongside a clearer display and more powerful functionality, clearly an improvement over their previous tablet.

Needless to say, the LG G Pad II 10.1 would be the most advanced model of its G Pad tablet series to date, where there will be a couple of versions available to the masses – one with LTE support, while the other would carry a Wi-Fi version. Regardless of which particular model that you would be on the lookout for, rest assured that the LG G Pad II 10.1 will made available across various key markets in North America, Europe and Asia.

Just what does the LG G Pad series pack underneath the hood? Well, it will deliver the perfect balance of performance and price which should be able to satisfy most consumers in the market who want a big-screen mobile companion device. The G Pad II 10.1, for instance, will be able to offer additional features apart from other devices in the same segment thanks to its clear WUXGA display at 1920 x 1200 resolution, so that one can enjoy multimedia content while browsing the Internet comfortably.

Not only that, having a speedy 2.26GHz quad-core Qualcomm Snapdragon 800 processor would also go a long way in helping, while the long-lasting 7,400mAh battery happens to be the largest in its class, which means you will not be running to look for a nearby power outlet anytime soon. Other hardware specifications include Android 5.1.1 Lollipop as the operating system of choice, 16GB of internal memory, 2GB RAM, a microSD memory card slot, a 2MP shooter in front and a 5MP camera at the back, all of these in a Brilliant Bronze chassis.