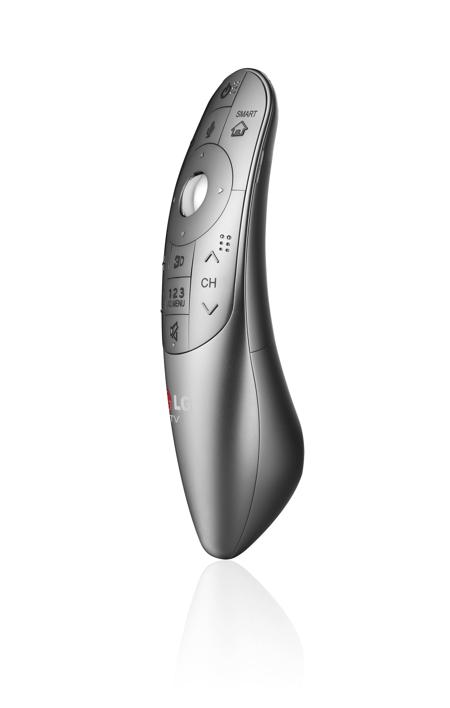 LG Electronics has just announced that they will be releasing an all-new Magic Remote for its range of Cinema 3D Smart TVs before CES 2013 kicks off in Las Vegas in a fortnight’s time. This redesigned device will adopt the enhanced language recognition capabilities which make executing commands a cinch, in a natural, interactive and conversational experience. Not only that, this all new design will also continue to employ a quartet of control options for your convenience – where they are voice, gesture, point, and wheel, and LG is touting this to be the most complete universal remote.
Havis Kwon, President and CEO of the LG Electronics Home Entertainment Company, said, “LG is committed to providing innovative home entertainment solutions and the Magic Remote is a key pillar of the CINEMA 3D Smart TV user experience. Building on an already impressive feature set, the latest version boasts accurate lan-guage recognition and its gesture, wheel and point control options makes the Magic Remote stand out amongst its competition as a truly intuitive device.”
The LG Magic Remote will come with sophisticated voice control technology that makes issuing a verbal command to the TV not only simple but effective as well. With new Natural Language Recognition software, sending out voice commands are as easy as making regular speech, where you can talk in a more conversational manner.
There is no more need to pause momentarily between the command and the title, for instance, you can just say “Show me Gangnam Style video” and the new Magic Remote will get to work right away (no idea on whether this is because Gangnam Style is a secret keyword, due to it being South Korean and all).
The LG Magic Remote will arrive in a couple of highly functional models, where one will ship with LG’s premium Cinema 3D Smart TVs, while the other will come with their standard Cinema 3D Smart TV models. Anyone looking forward to performing some “magic”?