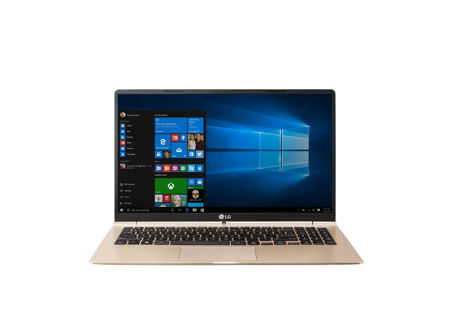 When one thinks about the different kinds of consumer electronics devices that LG churns out, most of the time, it would be a nice curved TV with extremely high resolutions, while the other would be its collection of smartphones, where the higher end models are beautifully designed, including the LG V10 that was released last year. However, not many people would consider the LG brand to be one to look out for when it comes to laptops – but perhaps their perception of the South Korean brand might change when they lay their eyes on the LG gram 15 series, which is touted to be one of the world’s lightest, high performance 15” laptops – and it is certainly a piece of technology that has the MacBook Air from Apple in its sights.

There are a couple of new 15” models in the LG gram 15 series, where they will continue from the resounding success of LG’s inaugural lineup of 13” and 14” ultra-lightweight laptops, being perfect for the everyday user who is on the lookout for a high-performance laptop which is not only light to the arms to tote around, and yet it will also arrive in a modern, sleek design that doesn’t sacrifice screen size.

Just how light is it? We are talking about it tipping the scales at all of just 2.2 pounds, and at the same time, delivers a screen real estate of 15.6” sans the weight that is normally with a screen that size. When closed, the LG gram 15 will measure all of just 0.7” in terms of thickness, and yet despite the extremely svelte form factor, it has a durable design that is more than capable of standing up to everyday life with its innovative magnesium alloy construction, letting it be taken on-the-go without missing a beat.