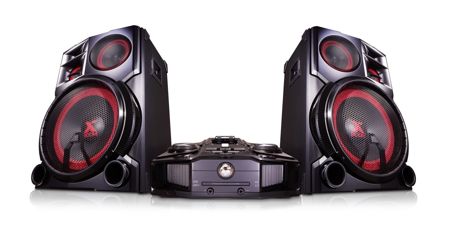 There is always a steady progression happening in the world of entertainment, although from time to time we will be able to see a quantum leap – such as black and white movies to color, from silent movies to movies with an audio track, and more recently Standard Definition to High Definition before we hit the 4K mark, not to mention 3D movies in cinemas and at home alike. Sound plays a very important role in upping the realism ante, and LG Electronics knows this, having announced new and advanced sound bars and audio systems that will grace CES 2016.

The most recent additions to the LG Music Flow smart audio system will include a trio of new sound bars (namely models SH8, SH7 and SH6) which claim to greatly enhance the home theater viewing experience with their rich sound quality and responsive settings. The advanced SH8 and SH7 sound bars will be accompanied by wireless subwoofers that deliver rich bass response to complement the speaker’s audio output.

Apart from that, there is also the latest X-Boom audio systems from LG, which will feature a full range of exciting new features that will target just about any party or gathering of sorts. The imposing CM9960 that you see above happens to be one of the more recent X-Boom audio systems which will be unveiled by LG. LG’s X-Boom audio systems have been listed down as total entertainment solutions, where they will be able to deliver not only powerful sound but also wireless connectivity to boot in order for the user to access to a wide range of content options. The OM7560, accompanied by the OM5560, boasts an entire audio system which has been housed in a single unit within the speaker, ensuring that it can deliver intense audio output which is perfect for parties and other large gatherings. Pricing details have yet to be determined, but with CES 2016 not too far away, it is only a matter of time!