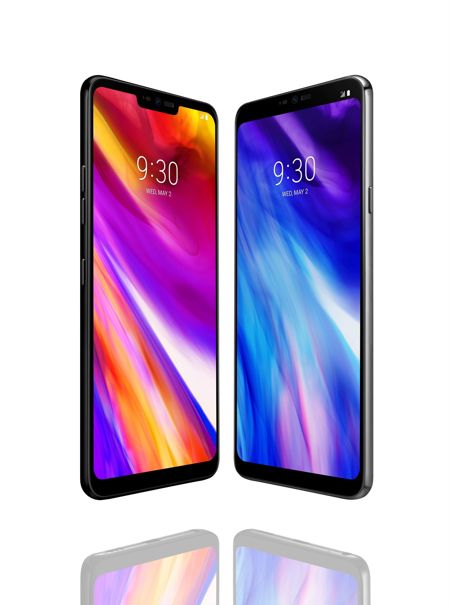 LG has come up with its fair collection of smartphones in the past, and this time around, they continue to march forward with their latest flagship, the LG G7 ThinQ. The LG G7 ThinQ is the newest premium smartphone from the South Korean company, where this particular handset focuses on delivering useful and convenient AI features without sacrificing on the fundamental consumer smartphone experience.

The LG G7 ThinQ will run on the latest Qualcomm Snapdragon 845 chipset, accompanied by 4GB of RAM and up to 64GB of internal storage, ensuring that it is capable of running even the most demanding tasks and apps without missing a beat. Your eyes will also be pleased with the stunning 6.1-inch bright display, which is also touted to be one of LG’s most immersive viewing experience to date where a smartphone is concerned. This QHD+ (3120 x 1440 pixels) display will boast of a 19.5:9 FullVision screen ratio, while the bottom bezel is slimmer than its predecessor. Using a Super Bright Display, the LG G7 ThinQ can be viewed easily even as you are walking under direct sunlight, thanks to a brightness of up to a 1,000 nits.

There is also a whole new design aesthetic that will set the tone for the G Series from now on, thanks to a polished metal rim that is complemented by Gorilla Glass 5 on both the front and the back sides for added reliability. It is also rated IP68 for dust and water resistance, and has been specially designed to comply with the requirements of MIL-STD 810G tests, ensuring that it can function even in the harshest of environments.

In front lies an 8MP shooter that should be more than adequate for selfies, while at the back lie 16MP lenses, delivering standard and Super Wide Angle configurations for higher resolution photos with added details. It is also the fist handset that delivers DTS:X capability, offering virtual 3D sound for all content. There is no word on pricing as at press time, although it will be released shortly.