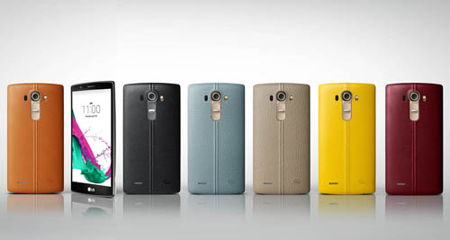 It looks like we have yet another flagship smartphone to take into consideration today, where LG of South Korea has just revealed the new LG G4. This is definitely the handset that will duke it out with the likes of the Samsung Galaxy S6 and the iPhone 6, which means you can be sure that it will not come up short in terms of hardware specifications. Just what comes with the LG G4? We shall take a closer look at it right after the jump.

Underneath the hood of the LG G4 would lie the following, a Qualcomm Snapdragon 808 processor with X10 LTE, a 5.5” Quad HD IPS Quantum Display (2560 x 1440 resolution, 538ppi pixel density), 3GB RAM, 32GB of internal memory and of course, a microSD memory card slot just in case all of that are not enough.

Apart from that, your photos taken with the LG G4 should be stunning to say the least, when you take into consideration its rear 16MP shooter with F1.8 aperture, OIS 2.0 as well as a front-facing 8MP camera that would be more than able to deliver on the selfie front. There is also a removable 3,000mAh battery to keep it chugging all day long, and the LG G4 comes with Android 5.1 Lollipop right out of the box, featuring a chassis that measures 148.9mm x 76.1mm x 6.3mm – 9.8mm.

This would make the LG G4 a far superior model compared to its predecessor, the LG G3 (which would come with a free VR kit to boot). LG wants the LG G4 to deliver comfortable elegance, a great visual experience and a human-centric user experience, where there is a manual mode for its camera, letting experienced shutterbugs to be able to exercise more artistic expression as they can control the focus, shutter speed, ISO, exposure compensation and white balance directly for every shot. There is no word on pricing details just yet, so you will have to check with the individual vendors or carriers.