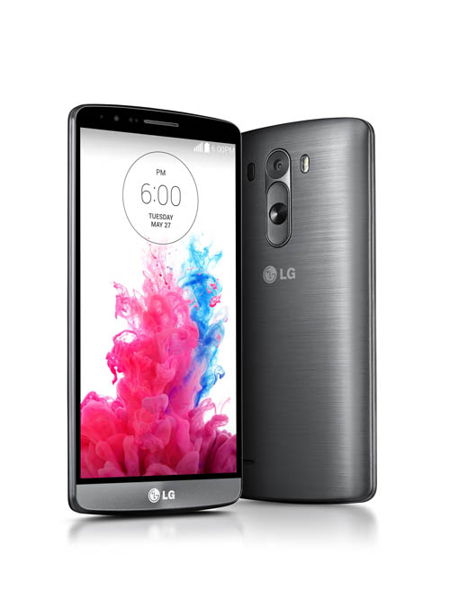 When it comes to smartphones, it goes without saying that having a range of models is important in the eyes of the masses, where you cater not only to the entry level, but to the mid-range as well as high end side of things. The high end aspect is always deemed to be the most competitive one in terms of hardware features and specifications, and in a field that is dominated by heavyweights such as the Samsung Galaxy S5, the upcoming iPhone, the HTC One (M8) and its ilk. Well, this time around we have the successor to the LG G2, which would be the LG G3.

The LG G3 intends to stand out from the rest of the crowd with 5.5” Quad HD display that sports 538ppi with four times the resolution of HD, in a resolution that is almost a couple of times higher compared to that of a Full HD display. There is also a front-facing 2.1MP camera for fantastic looking selfies, while at the back there is a 13MP OIS+ (Optical Image Stabilizer Plus) camera that sports a revolutionary Laser Auto Focus which enables it to capture stunningly sharp images within a fraction of the time that is required by conventional phone cameras.

Apart from that, a 2.5GHz quad-core Qualcomm Snapdragon 801 processor will run proceedings from within, with up to 32GB of internal memory, a microSD memory card slot, up to 3GB RAM, Android 4.4.2 KitKat as the operating system of choice, and a 3,000mAh removable battery to keep things running nice and fine throughout the day. To make sure that it keeps up with the Joneses, the LG G3 will also boast of 4G support, Wi-Fi and Bluetooth connectivity and NFC capability. Those who are interested will be able to pick from Metallic Black, Silk White, Shine Gold, Moon Violet, and Burgundy Red shades. Expect the LG G3 to be available from May 28th in South Korea before it makes its way worldwide later this year.