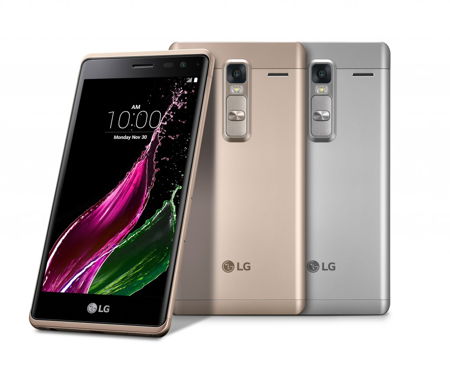 We all know just how far LG has come where its range of consumer electronics devices are concerned, and their current flagship, the LG G4, is an object of desire for many thanks to the sheer number of technological innovations that have been thrown into the mix. Having said that, this does not mean that the folks over at LG are simply going to rest on their laurels – no sir, LG has decided to introduce yet another model to tempt your bank account, calling it the LG Zero that will boast of an all-metal form factor mated to a luxurious design, accompanied by outstanding camera technology.

This slim metal smartphone will roll out in Taiwan this week before hitting the other key markets in Asia, Europe and Latin America. It was first introduced to Korean customers in September earlier this year, with the LG Zero taking over the advanced camera technology and exclusive UX features found in the LG G Series, albeit coming in a full metal body which delivers a far more advanced and modern experience.

Thanks to its solid aluminum body, the LG Zero will boast of a premium look and feel, and it will be further enhanced with the “Arc Glass” design located at the edges that results in a slimmer profile. Complementing the solid aluminum exterior would be a 5” In-Cell Touch IPS display that is touted to offer faster recognition, better outdoor visibility and crisper images.

Sporting best-in-class camera features that have been adopted from the highly acclaimed LG G4, one would be able to enjoy maximum photo resolution, shutter speed and sharpness. The 8MP front-facing camera delivers brighter and clearer selfies, whereas the 13MP camera at the back offers many of the same attributes of a standalone camera. G Series features such as Gesture Shot, Gesture View and Gesture Interval Shot will be part of the deal as well.

Other hardware specifications include a 1.2GHz quad-core processor, 1.5GB of RAM, 16GB of internal memory, a microSD memory card slot, a 2,050mAh battery, and Android 5.1 Lollipop as the mobile operating system of choice as it comes in silver or gold shades.