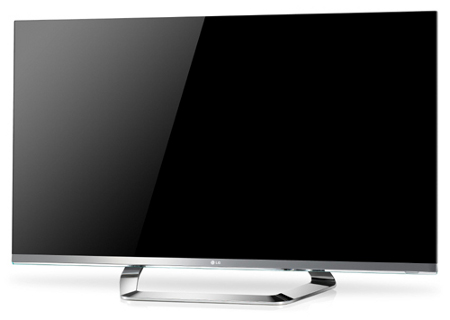 CES 2012 will be the place where LG Electronics introduces their latest LG Cinema Screen Design that will see action in a range of new Cinema 3D Smart TVs that are headed your way this year. The bezel of this Cinema Screen has been reduced to a mere 1mm, resulting in a more optimal and comfortable environment especially for immersive 3D viewing. According to Havis Kwon, President and CEO of LG Home Entertainment Company, “The 3D experience is still evolving and we at LG intend to push the limits of what 3D can deliver. With our 2012 CINEMA 3D Smart TVs, we have been able to take a significant step forward, thanks to a series of new and upgraded 3D features led by the CINEMA SCREEN Design.”

A bezel of just 1mm is certainly something interesting to look at – if you can see it, that is, considering how slim it is. The removal of such physical obstructions will pave the way for a greater immersion of 3D effects, making you think back of how watching a 3D movie in the cinema felt like for the first time. LG will make sure their new Cinema Screen Design is accompanied by the new Cinema 3D glasses that are being slated for a 2012 release as well, where the latter will feature a trio of elegant-looking models that are 20% lighter compared to its predecessors, increasing the comfort level so that you can enjoy 3D movies longer than ever before.
This kind of optimal setting is perfect for immersive 3D viewing, and when one applies the theory of 3D TV technology, Dual Play has been slated to be the suitable solution for an ultimate gaming experience. The introduction of LG’s Dual Play function and the special Dual Play glasses will enable players to view two entirely different full images, compared to the traditional split screen display where you only have halve the screen to focus on. In addition to that, 3D Sound Zooming will generate audio output so that it will be synchronized with the location and movement of the various on-screen objects, enabling immersive sound to complement immersive visuals.
Needless to say, the new Cinema 3D Smart TVs will be equipped with LG’s Smart TV function that sports over 1,200 apps, while you are also able to enjoy premium content services like 3D World, immersing yourself in an abundance of 3D content – as long as you are willing to fork out the dough, that is.
Press Release