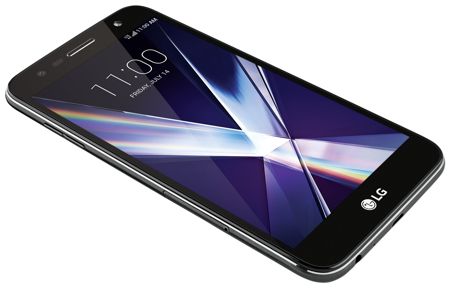 Want to pick up a spanking new smartphone, but do not want to be bogged down by details of owning a high end flagship like the iPhone 7 Plus or Samsung Galaxy S8 Plus? Well, there are always more affordable options from different manufacturers, including the LG X Charge. The LG X Charge will hit theUS via Xfinity Mobile that will come with additional juice to spare. This smartphone carries LG’s largest battery which will charge in double quick time, and is capable of lasting all weekend — or so that is what LG claims, using Comcast’s latest wireless service.

The LG X Charge carries the largest battery from LG to date in a smartphone being a 4,500mAh monster, offering a 5.5-inch HD display to go along with it. It will definitely go down well with users who demand a whole lot more from this handset than others, where it has been specially designed to meet the demands of those who want maximum usage between charges.

The fast-charging battery is said to be able to last for the whole weekend before requiring a trip to the nearby power outlet, even though it has a 5.5-inch HD In-cell Touch display with 1,280 x 720 resolution. Other hardware specifications point to a 5MP wide angle camera in front, making it a snap to capture selfies just like that, while LG’s smart UX also comes with Auto Shot and Gesture Interval Shot that helps to simplify the photo-taking process by triggering the shutter whenever it detects a face or correct hand gesture. At the back lies a 13MP camera with soft LED flash, where it handles both portraits and breath-taking landscapes without missing a beat.

Powered by an octa-core 1.5GHz processor, you get 2GB of RAM, 16GB of internal memory, a microSD memory card slot, and Android 7.0 Nougat as the operating system of choice.