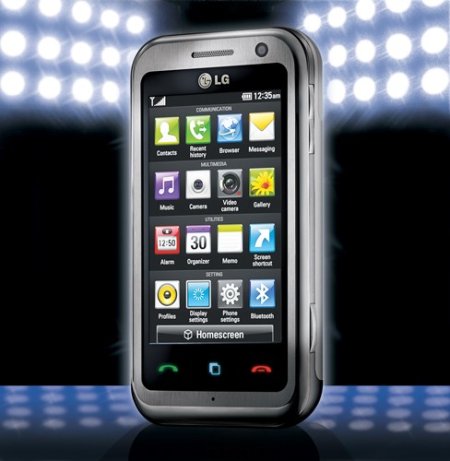 LG’s Arena cell phone has been out for quite some time already, but this time round T-Mobile will be rolling it out in a new Titan Black edition which will be available as an exclusive and only on T-Mobile tariffs. Also known by its model number the LG KM900, this handset will feature the exact specifications as found on the original silver edition, as the only change would be the exterior case, although calling it Titan Black might not do the color justice as the exterior case leans more towards a gun metal finish. The black color will also do its part in setting the handset apart from many other silver cell phones that have proliferated the market, giving business-minded folks yet another option to consider when it comes to upgrading their cell phone.

Just to recap in case you have forgotten what the LG Arena has on offer, this T-Mobile exclusive will boast the latest 3D S Class user interface that places it closer to iPhone territory instead of the traditional directional button method. When booted up, you will be able to access just about all of its menu via a rotating 3D cube which displays multiple sides and various options to choose from. These menus are specially positioned in the form of a film reel, offering a proper understanding and selection of icons. All you need are your fingertips to scroll and drag selected items on the screen, where the 3″ touchscreen display excels (although it still won’t be able to beat an iPhone judging by the numerous reviews online).

The Titan Black LG Arena is already available from a variety of bundles to choose from, and depending on the type of contract you sign up with, the cell phone itself could cost anywhere from free to £244.67.