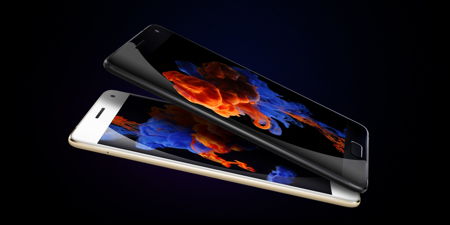 Lenovo is no stranger when it comes to smartphones, and this time around, they have unveiled a brand new flagship device in the form of the Lenovo ZUK Z2 Pro, which has also picked up a whopping nine industry firsts along the way. Of course, the ZUK Z2 Pro also happens to be the first smartphone that will be able to fully activate the performance of the Qualcomm Snapdragon 820 chip while integrating ten professional sensors, now how about that? This is definitely a vast improvement over the ZUK Z1 that was introduced just last year.

This new Android-powered flagship device is touted to take full advantage of Qualcomm’s Snapdragon 820 chipset, where the ten professional sensors will be able to also support heart rate, blood oxygen and UV detection; as it comes in a true 3D glass body which will definitely make it look good in your hands or while you are simply leaving it on the desk, watching a movie on it. In addition, there is a sensitive fingerprint sensor that is capable of detecting fingerprints even when your finger is wet – and just like the Oppo F1 Plus, it will increase its accuracy over time to make the unlocking process faster and faster.

Your eyes are also not left out from the party, thanks to the 5.2″ Super AMOLED screen that has been installed into the world’s most narrow frame. With Full HD resolution and a minimum brightness of merely 1nit, and maximum up to 500 nit, you will find that the ZUK Z2 Pro is a sight to behold, it it has been designed with a near-invisible 0.05mm-thick black border and total frame width of 1.41mm.

The Lenovo ZUK Z2 Pro is also said to be one of the world’s first batch of F1.8 high-aperture, 1.34μm high-pixel, dual IS mobile phones, supports PDAF+CAF dual-mode focus, with superior effects in high-speed focusing, night shooting and sports shooting. 4K video shooting? It has gotten that covered as well, where it can handle 960fps ultra-high-speed shooting in a smartphone for the very first time. Arriving in 128GB and 64GB capacities, with color options of titanium black and porcelain white, you will find it retail for approximately $415 at the high end side of things.