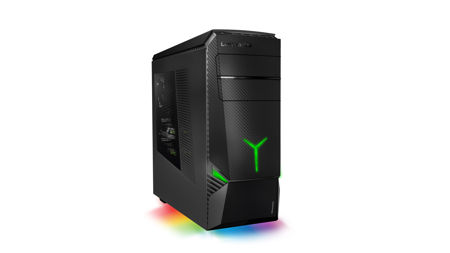 Lenovo is definitely one of the stronger brand names out there in the market which carry a connotation of quality hardware, although there will always be pockets of discontent here and there. After all, there is no such thing as a perfect product, is there? Both Lenovo and Razer have decided to team up to cater for the gaming masses, resulting in their latest Lenovo Y Series gaming desktop prototype. Having revealed it at DreamHack Winter 2015, this first-ever gaming desktop prototype will roll out officially at CES (Consumer Electronics Show) 2016.

Both of the companies have announced that they will co-brand as well as co-market the special Razer Edition models of Lenovo’s Y series gaming devices, which will merge both the manufacturing, supply chain and channel relationships of Lenovo, alongside the immersive technology and deep expertise of Razer. The former happens to be the world’s number one PC maker, whereas the latter is a leading company in connected gaming devices and software for gamers.

I suppose one can say that this is a match made in heaven, as Razer complements Lenovo’s scale and broad appeal with a high-touch dedication to the gaming community. The Y series Razer Edition products will be available to Lenovo’s extensive global market as well as Razer’s core gamer communities, and this collaboration might just see the fast track for the development of new technologies emerge, where gaming experience enhancements are part of the deal. All future Lenovo Razer Edition products will be co-branded and reflect the edgy Lenovo Y series look and feel with iconic Razer elements such as customizable Chroma lighting effects, which means you will not find it out of place at all.

All in all, it is an excruciating wait until next January when CES 2016 kicks off in Las Vegas, Nevada. We do hope to be able to land some photos of it when we’re there.