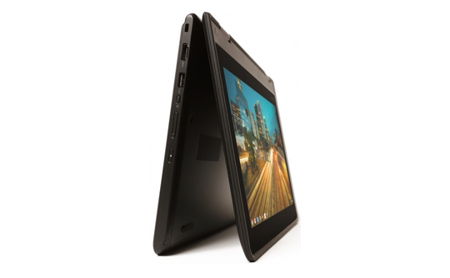 Lenovo is one name that would be in anyone’s list when it comes to considering the purchase of a notebook, and this time around, the Lenovo ThinkPad 11e series of laptops has been announced, where these have been specially designed for education purposes. Not only that, they have also been ruggedized especially for classroom performance. Knowing how many pounds that kids have to bear with them these days in the number of thick books in the classroom, the ThinkPad 11e laptops are thin and light.

You will be able to find the Lenovo ThinkPad 11e series arrive in a couple of two form factors – one, in the traditional laptop, while the other would arrive in the form of Lenovo’s innovative Yoga multimode form with a quartet of unique positions: laptop, tablet, tent and stand. With the Lenovo ThinkPad Yoga 11e, students will be able to work alongside a system which is capable of adapting to their needs based on the application or the content they are working with.

The Lenovo ThinkPad 11e series offers students, educators and administrators with an intuitive, easy-to-manage rugged device. We know how kids can be at times – some of them do drop their laptops, and any other normal laptop might suffer serious damage such as hard drive failure or a broken display. Good thing the ThinkPad 11e comes with features such as rubber bumpers, reinforced ports, and stronger hinges so that they are more than capable of meeting the hustle and bustle of the classroom head on, and come out unscathed.

The 11.6-inch HD LED antiglare screen would be able to deliver clear display in any environment, where it boasts of an IPS wide viewing angle touchscreen display. Each device would run on an Intel processor, where the fast boot times translate to classes being able to kick off in a jiffy without too much of a delay, while the all day-long battery life would enable students to breeze through classes without having to hunt for a power outlet. The top cover LEDs would point to wireless connectivity, laptop power or sleep mode, so that teachers will be able to keep track of consistent student activity. I can foresee a generation of smart schools kicking off this way!