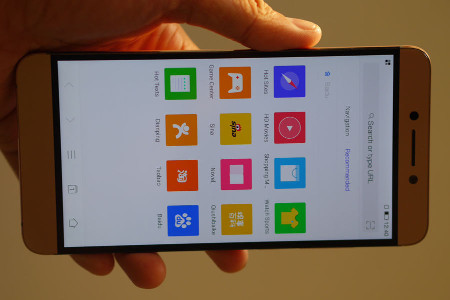 Is having more of something necessarily better? Perhaps in some cases (as with money), but for others, it might be a case of diminishing returns. The smartphone industry is a relatively young one compared to say, desktops, notebooks and TVs where consumer electronics are concerned, but this does not mean that innovation and improvement in the area is slow. LeEco, the China brand that does seem to have its fingers dipped in a myriad of industries, recently lifted the curtain on a trio of new smartphones that intend to deliver plenty of bang for your hard earned buck, where they are known as the Le 2, Le 2 Pro, and Le Max 2.

First of all, just because the Le 2 is the base model for the three, this does not mean that it lacks some punch in the entire smartphone experience. After all, reading off a specifications list that includes a 5.5-inch 1080p IPS display, a Mediatek Helio X20 processor and 3GB of RAM, one would surely be impressed, especially since it has been priced for less than a couple of hundred dollars as an unlocked device. One will find a 16MP shooter at the back with an 8MP front-facing camera, a 3,000mAh battery and a fingerprint sensor to boot.

Those who prefer something that is higher up on the list can always settle for the Le 2 Pro, where it shares a similar form factor, but the differentiating factor being that of a 21MP camera with an additional gig of RAM, not to mention upping the ante in terms of processing muscle thanks to a Helio X25 processor. Regardless of the model that you pick, they will all arrive in a sleek metal body that some might say, closely resembles that of another major smartphone player, although the near bezel-less look is something to behold.

For those who would want nothing but to carry a flagship model all the time, then the Le Max 2 would fit the bill perfectly, sporting the latest Snapdragon 820 processor that keeps it purring with a whopping 6GB of RAM and 64GB of internal memory, now how about that? There will be a lack of a microSD memory card slot and NFC connectivity for all three models which might turn some people off, but then again, at the relatively low price points compared to other models in the market, it might be worth picking these Android 6.0 Marshmallow-powered handsets for such ‘sacrifices’.

Do take note that the 3.5mm audio jack is a thing of the past with these new smartphones, as LeEco has decided to introduce a USB Type-C connector headphones to go along with the happy trio. It is definitely a paradigm shift, especially for those who have invested in good and proper headphones prior, but no one said that change is painless, right?