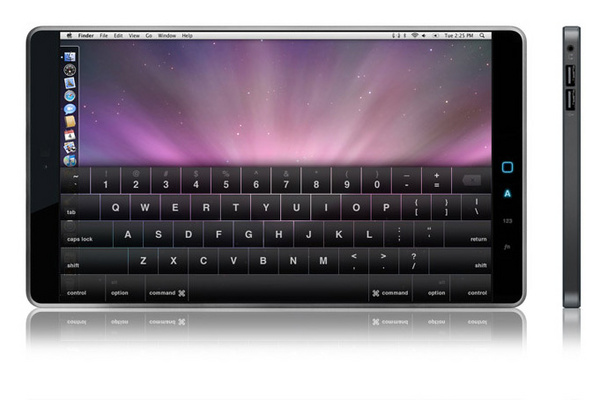 We’ve read it before ad-nauseum. Cupertino is working on a tablet. Apple’s going to release a tablet. Multi touch screen patent applications prove a tablet is coming. All very tempting tidbits of information based on something seen in the wild of the world wide web. Now we can add another to the list. But this time, it’s coming from the Gray Old Lady herself – the NY Times. And it pretty much looks like an iPhone on steroids.

Seems that John Markoff at the New York Times got a phone call on the “Q.T.,” very secretive, from a guy we’ll all “Deep Throat.” Throat tells Markoff that a search engine company has confirmed details and pictures of a netbook Mac with, that can only be described as “ a display somewhere between an iPhone and a MacBook.” Sounds pretty cryptic. And this is usually where the theory begins to fall a part. But there’s one thing in it’s camp that helps a little way towards giving it the street cred it needs to be a viable piece of information …

The same thing happened just before news broke on the iPhone. Search engine traffic showing Apple and the iIPhone pointing to what became the hottest selling handset in cellphones today. Couple that with Apple’s previous patent application for a laptop sized multi-touch LCD screen, and it’s starting to sound like paydirt. Only one problem … Steve Jobs quite clearly said “we don’t know how to build a sub-$500 computer that is not a piece of junk.” I think it’s parsing his words pretty good though, as most netbooks are hovering around sub $800 prices. And he also said he’d never get into the phone biz. And look what happened.

The Giz speculates that it can’t be a netbook, but may be a 3rd generation – high definition iPhone. If so, that would tend to make sense for coming out sometime next year. I guess we’ll have to wait and see what MacWorld has in store.

2 thoughts on “Latest MacBook Tablet rumor blazing up the internet”