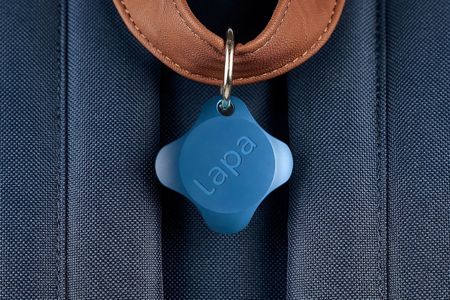 We are such busy people these days, that it can be excusable from time to time that we suffer from a minor memory lapse. For instance, there are moments where we left an object, say a smartphone, somewhere, mentally telling ourselves to remember that it is there. However, not long after that, we are distracted by something else, and we totally forget where we last placed the smartphone. Hopefully it is not in silent mode, and that the smartphone is not hidden somewhere where there is no way for it to obtain a signal! Well, thankfully, there are inventions in the market that can help, and Lapa Studios Ltd. are pleased to announce the release of Lapa 2. Lapa 2 happens to be the second generation of their revolutionary Bluetooth object finder.

Lapa Studios has decided that it will improve from its predecessor, having picked up every bit of feedback from the users of the original Lapa, and turned it into a product that is up to date and delivers what users want. Hence, the birth of the Lapa 2 will bring along with it a bunch of new features to the mix, where among them include a new SafetyMode which has been optimized for kids and pets, where it will promptly alerts users if Lapa moves away.

Not only that, the replaceable battery itself is able to last for a whole year, where it is also capable of following you in just about wherever you go – even when it rains, of course, since it is waterproof and submersible up to 3 meters. In addition, the adventurer in you need not fret as the Lapa 2 is shock resistant, thanks to a clever combination of built in plastic and rubber, and it also comes with a 3x louder ringtone, up to 90db, with a bright LED. There is also a dedicated “Call your phone” button, accompanied by new social features and Facebook integration. Not only that, the “contact owner” feature will be able to call a user’s attention to lost Lapas, letting them be directly returned to their owners. Any takers?