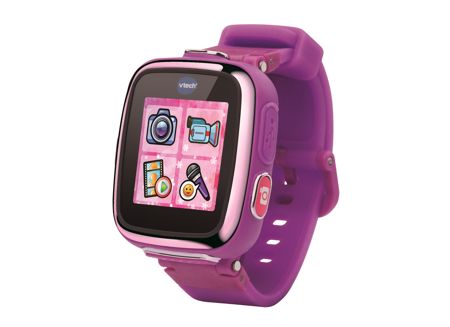 The smartwatch industry looks set to be one that is going to go through a boom, although there are several cautious steps that will still need to be taken if a manufacturer were to make it big, including choosing the target market carefully, among others. While more established players like Motorola with their Moto 360, Apple and the obviously named Apple Watch, as well as LG with the LG Watch Urbane LTE look pretty comfortable at where they are at the moment, there is virtually not a single smartwatch that caters to your little ones. Well, that perception is going to change now, thanks to the folks over at VTech who have come up with the all new Kidizoom Smartwatch DX.

What makes the Kidizoom Smartwatch DX different from the other models that are in the market? For starters, it will arrive packed with content that kids crave in a durable, kid-friendly design. In addition, the Kidizoom Smartwatch DX will boast of a higher performance as opposed to the original Kidizoom Smartwatch thanks to the inclusion of better hardware specifications, where among them include double the internal memory and improved image quality, and it is merged with additional new features than ever before, ranging from exciting motion-activated games to eye-catching 3D clock faces and new tools to hone basic math skills.

With double the memory of the original Kidizoom Smartwatch, your little ones can now snap more photos and record lengthier videos which can be shared later on with family and friends, as they showcase their video editorial skills. Not only that, the new sensor would make images brighter and sharper, with a noticeable improvement in image quality to boot. Little ones like to be unique, so for your children to personalize their timepieces is a boon too, as they can opt from over 50 strikingly fresh 3D clock faces offering fun animations, displayed in digital and analog time.

The splash-proof, kid-friendly design will run on a rechargeable battery and has a micro USB cable for data transfer and battery recharging, where it will arrive in blue, vivid violet, camouflage, pink and red colors at $64.99 a pop.