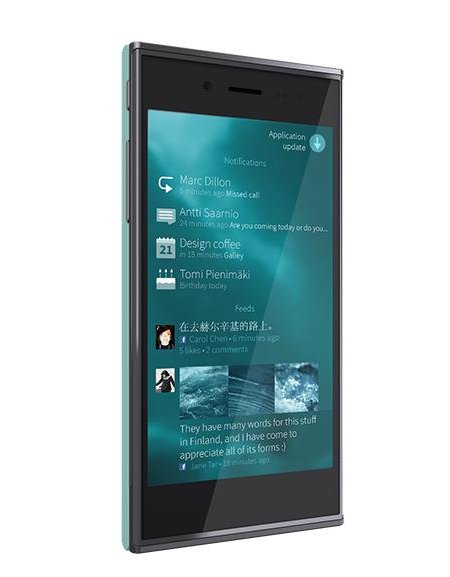 When it comes to mobile operating systems, this particular market is starting to get a little bit more crowded than usual. First of all, let us list down the two major players where smartphones are concerned, and obviously iOS as well as Google’s Android would pop into your mind, and after that we have Microsoft’s Windows Phone platform that is closely followed by BlackBerrry 10 OS, and the featurephone market will see Symbian taking the chunk of the market share. Does this mean that there is no longer any more room for innovation for the more ambitious around? The correct answer would be a resounding, “No!”, as Jolla from Finland recently announced their maiden attempt at a smartphone which is powered by their very own Sailfish mobile operating system.

Some folks might have thought that the device was named “The Movement” as though it were to be a representation of a rapper or a wrestler, but that is besides the point. As with any new hardware release or announcement, you can be sure that ordinary folks would flock to word of it, hoping to get more information on the important details such as the hardware located underneath the hood. We do know that the Jolla smartphone will come with a 4.5” display, powered by a dual-core processor, carries 16GB of internal memory, has 4G LTE connectivity for you to enjoy a blazing fast Internet connection no matter where you are (subject to signal availability, of course), and an 8-megapixel shooter for posterity.

Not only that, there is another feature known as the “Other Half”, where users are able to switch out the handset’s backplate. Jolla explained it this way, “Attach the Other Half and your Jolla becomes alive and unique. Magically, the software changes to match your selected colour and design. Your Ambience. Your Jolla.” Basically, Jolla’s Salifish operating system is actually a reworked version of Nokia’s now defunct Meego OS, and Salifish OS will play nice with Android apps, now how about that? We should be able to see the Jolla handset hit Europe by the end of 2013, where it will carry a €399 price tag – so you might as well place your pre-order at the moment if you are interested.