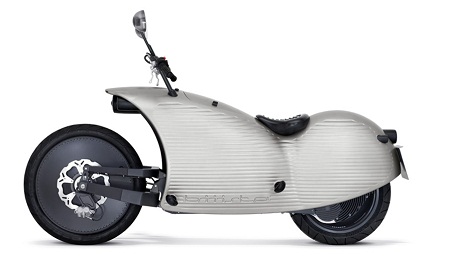 We all want to ditch our gas-guzzling vehicles in search of a cleaner and less expensive option. Sadly, most of what’s on the market has an initial cost that is so high that it’s not worth it. The other issue being that most of them can’t go very far.

If you’re wanting to switch to an electric bike, but are concerned about the range, then the Johammer J1 might be an option. If you have the money to make the change that is, seeing that it costs around $31,600. This can charge in close to four hours, which will be the equivalent of 125 miles. This can go anywhere from 30-60+ miles an hour, which isn’t too bad compared with most.

The rearview mirror has high-resolution displays that will show all relevant driving information you would need to know while on the road. Probably the best part, which will be a drawback to some, is that this has a completely silent motor, meaning you’ll be able to hear the birds sing as you cruise down the road. This is available in silver, white, blue, yellow, and green, and looks like a blend between new and old world. It has a brush-less AC-motor with a single-level gear, both running in oil bath with lifetime lubrication, and is maintenance free. Regardless of all its snazziness, it still costs a boatload of money, and won’t be useful year-round.