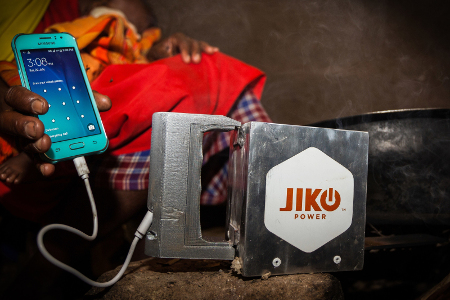 Anyone who has been to an area that has been badly hit by a natural disaster such as a typhoon, flood, or earthquake would find it difficult to describe the situation there. It is an amalgamation of emotions all rolled into one, as the sheer scale of devastation starts to sink in. Getting those who are able to safety is of the utmost importance, and most of the time, there would be a disruption of the basic necessities — food might be in short supply, and there would most probably not have any kind of water or electricity supply. With so many of us reliant on our mobile devices to carry vital information and remain connected, a power bank is not going to do the trick in a post-natural disaster scenario. JikoPower figured out that their Spark is the better alternative.

Spark would be an invention which delivers electricity to people during disasters or in remote areas regardless of where one is. This is a simple solution, being a handheld device which will be able to convert wasted energy from cookstoves and fires into electricity in order to have it power up smartphones, batteries, LED lights, and other kinds of small devices. It is not only useful in the event of a disaster, but would also work great in underdeveloped areas and countries.

Imagine using clean electricity to power one’s life — without having to depend on polluting kerosene for light, and neither does one have to travel across long distances in order to charge one’s cell phone — while paying an arm and a leg for it. The JikoPower Spark functions as a tiny thermoelectric generator (TEG), sporting a 2-5 watt output using a water reservoir with a metal arm inserted directly onto a cookstove or fire. Basically, as one cooks, the heat generated will create electricity that will be captured by the Spark.