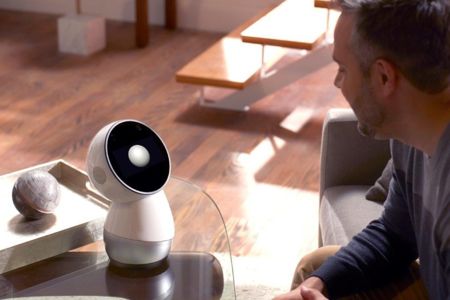 Everyone seems to be moving in the direction of smart homes these days, Well, what is the point of having a smart home when you are not going to have a handy robot living under the same roof as you? Enter Jibo, the brand new digital best friend who also happens to lay claim to being the first social robot for the home. Jibo would make for the perfect holiday gift, don’t you think so?

Jibo is a first-of-its kind product that redefines the way people interact with technology. How does it differ from the other kinds of in-home robots and devices? For starters, Jibo is capable of experiencing the world around him (but thankfully, is unable to attain the level of self awareness like the fictional Skynet and make the decision to eliminate humans from the face of the earth). By doing so, Jibo reacts with thoughtful movements and responses. Over the course of time, this will help forge connections with his human family.

Jibo is endearing right from the start, as the AI will personally talk you through the setup process while learning your face and voice. Capable of telling the difference between up to 15 other family members or friends, he will have his very own unique and engaging personality. No two Jibos in different homes will be the same, and he has been specially designed to live just about wherever you spend the most time in the home. For example, if you are a couch potato, Jibo would most probably hang out in the living room majority of the time, while if you happen to be a homemaker, the kitchen might be Jibo’s favorite place.

Feel free to ask Jibo just about anything, ranging from the weather forecast to the latest sports scores or news. He can even double up as a family photographer, shooting photos one at a time or in bursts, allowing you to create memories. Jibo costs $899 a pop and tips the scales at 6 lbs., shipping on November 7.