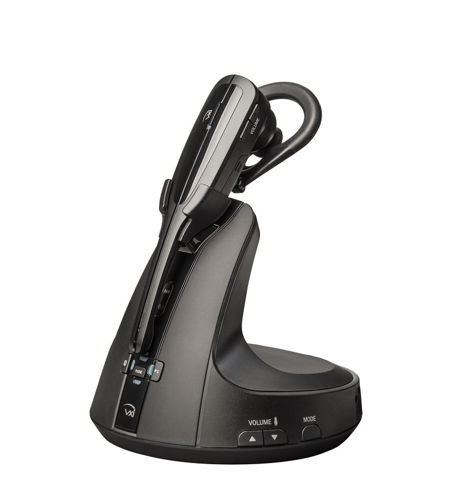 Jabra is well known for its collection of accessories that enhances the way we work, be it at home or at the office. This time around, Jabra has a couple of headsets that will definitely pique your interest — the VXi Series V175 and the V300. These two headsets will make up part of the Office Wireless V-Series, targeting mobile professionals who would like to increase their arsenal of productivity devices with a range of connectivity options which will surely make the workday a whole lot more efficient.

With the expansion of its popular VXi V-Series line of wireless office headsets, we will take a closer look at the V175 and V300. The V175 will feature single connectivity that allows office workers to enjoy wireless freedom even when they are talking to someone on the phone, while the V300 will come with tri-connectivity that professionals would love to use, since it delivers wireless freedom for calls even when using a desk phone, a PC or a smartphone.

Since calls have ended up being a whole lot more complex than ever before, it is imperative that the average office drone is able to move around the office to retrieve files, while attending to a phone call. Regardless of which particular model that you choose, these headsets can deliver 350-feet of wireless range accompanied by digitally-encrypted DECT technology. This will enable employees to enjoy the freedom to move, maximize productivity even while they are attending to a call, increasing productivity as they go.

Other practical features include the claim to having an industry-best noise-canceling microphone for clear conversations, up to 10+ hours of talk time on a single charge, one-touch controls, as well as headband, earhook and neckband wearing styles. The Jabra V175 and V300 will retail for $129.99 and $179.99, respectively.