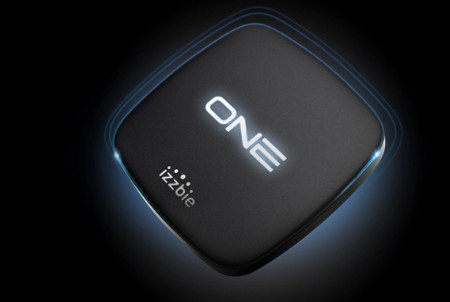 Many of us rely on at least one VPN these days when it comes to surfing the Internet simply because we would like to ensure that there is a degree of security in our online dealings. Well, if you would like to tote around a private VPN, here is the izzbie ONE device, where it allows you to carry a private VPN (virtual private network) around while making it easy to access your home and office networks. All that you need to do is to plug in the izzbie ONE at home, where you can then access your personal network via your mobile device or computer through the izzbie ONE app, regardless of your geographical location.

The izzbie ONE is different from other kinds of remote access devices, since it will create a private tunnel in order to access your home network. It does so without having you to purchase any other extra hardware, letting you access the network via the simple mobile app, where you can do so over a mobile device such as a smartphone or tablet, or a computer. The izzbie ONE will rely on a proprietary protocol that is not affected by common VPN blocks, ensuring that you can gain complete access to geolocation restricted internet content, now how about that? The Great Firewall of China is no match for the izzbie ONE, that’s for sure!

Making use of advanced Software Defined Network technology which merges an unlimited number of home and office networks, all of those will be compiled into a singular Virtual Mesh Network. The moment the user logs in the izzbie app, one will then gain instant access to all network devices no matter where they are. Set to ship later this October, the izzbie ONE will retail for $129 apiece with a one year subscription.