You’re probably not going to be excited or interested when I say that this gadget is an iPod speaker system, after all, there’s hundreds of those, all of which are nearly identical. Now, this one won’t toast a bagel, improve your vision, or even dance to your music, but it will wirelessly send your tunes to 4 different speakers. Come on, admit it, you’re a little interested now.

The base station has a small speaker built in, a charging dock for the iPod, and some basic button controls. The real magic happens when near CD quality audio is transmitted wirelessly to your other speakers. Don’t worry about Wi-Fi either, the signal won’t interfere with your precious internet. You get 150′ of range which should be good enough to cover a decent sized room or a kitchen and a living room etc. If you’re not an iPod guy/girl, you can use the aux port to hook up your Zune (eek!), CD player, satellite radio, or any other audio source with aux out, which is pretty much everything, including the iPod Shuffle. Control wise, you use the wireless IR remote which will give you some basic functionality. A total of 4 speakers can be used for transmitting audio. For the style concerned group, don’t worry, the Eos comes in white as well as black to match both iPod colors (except the Nanos).

You won’t be getting 5.1 surround out of these wireless speakers, but just think of all the wire you won’t have to lay. The down side is the high price for anything wireless: the base station + 1 speaker runs $300, the base station alone runs $200, and additional speakers are $150 each.

When it comes to the best computer speakers we recommend taking a look at the Harman Kardon Soundsticks III. They are visually stunning with their ultra-modern shape and transparent housing and deliver a superior sound quality 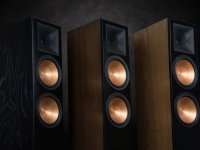 The best tower speakers for your home theater are the SVS Ultra Tower. They offer amazing sound quality for a still fairly reasonable price and will work great in pretty much every surround setup. 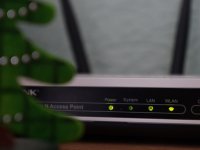 When it comes to power, the Asus AC3100 PCIe Wireless Adapter is your best bet. If PCIe isn’t for you and you’d rather just use a USB device we recommend the Netgear Nighthawk AC1900.

The best option for most gamers will be the CORSAIR Harpoon RGB Wireless. 60 hours of battery life, a great optical sensor and an average weight make this our favorite wireless mouse for gaming.