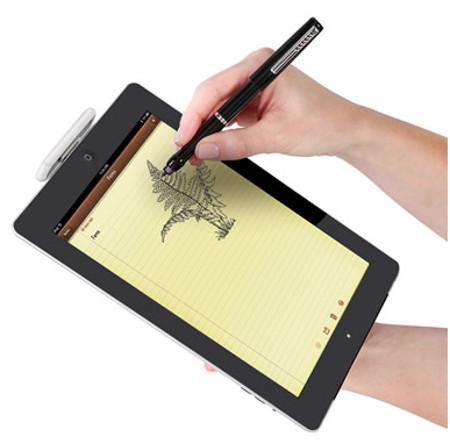 You know something? When Apple came up with their iPad, it was definitely a watershed moment for the world of tablets. Sure, Microsoft might have come up with the tablet PC a fair number of years before that, but it really was the iPad that kicked off the tablet craze. You can more or less say that the iPad can be used without having to have a stylus or other similar accessory, as your finger is more than good enough. Here is something that you might want to consider after the iPad has gone through a few generations – the $169.95 iPad Pen.

The iPad Pen comes across as a wireless stylus which would make taking down notes on the iPad a cinch, as though you were performing handwriting using pen and paper. In fact, it is said to be comparable in size and feel to its ink-filled cousins, and you will be able to use it with free downloadable apps including IdealNotes or FlyNotes, alongside the included wireless infrared receiver. All your work can then be saved as JPEG images on the iPad, so that you can edit them later on at your convenience. Each iPad Pen will be powered by a couple of SR41 batteries and accompanied by a replacement tip.