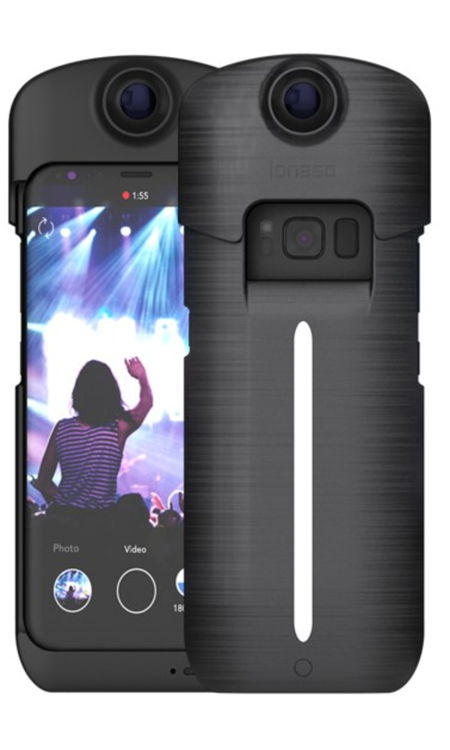 A protective case for a smartphone has been deemed to be a prerequisite for quite some time now, apart from a protective screen, of course. Well, ConvenientPower Systems has come up with something different this time around: an industry-first, even, in the form of the wireless charging design for the 360-degree smartphone camera that is known as the ION360 U. This is an all-new wireless charging accessory which is truly unique, offering an innovative solution for existing power-hungry social media, photo and video applications.

Everyone loves capturing a lovely photo in the first place, and sharing it on social media would naturally be the next logical step. Well, the ION360 U certainly brings things to a whole new level, by offering simultaneous wireless charging of both the smartphone and 360 smartphone-connected camera, it offers new dimensions concerning immersive mobile video and wireless charging convenience.

Right now, ION360 U’s wireless charging photo and video live streaming smartphone battery case will only be available for certain iPhone and Galaxy models, and it is obviously Qi compatible, so if you are running on an LG, HTC, or other handsets not from the select iPhone or Samsung Galaxy models, you’re out of luck. For the moment, at least, as one can always hope that ConvenientPower Systems would do something to remedy the situation for smartphone users who are loyal to brands apart from Samsung and Apple.