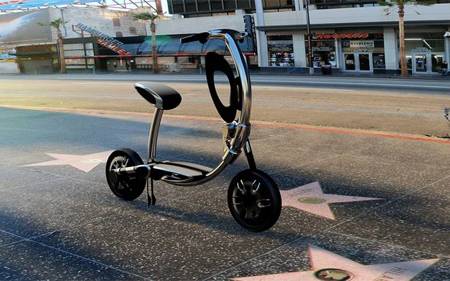 When you live in an urban area, where there is a whole lot of development, chances are, the more expensive places in which you stay at would have better facilities as well as last mile connectivity. Of course, not everyone is able to own the best place in town, simply because one’s purchasing power is not all that high despite living in an economically vibrant area. Having said that, the INU folding electric scooter can be said to be perfect for urbanites, where it will function not only as a primary means of transportation in an urban setting but also as a last mile solution.

Green Ride is the Israeli startup behind the INU, where the company’s founder and CEO Ori Dadoosh is proud to say that the team behind INU has big dreams for it, citing that it could jolly well be “the next Vespa.” Of course, with plenty of news going around concerning the likes of hoverboards and powerful e-bikes which could very well be somewhat an overkill when it comes to certain intra-city transportation needs, the electric scooter might very well fit the niche for the discerning commuter.

While the Green Ride INU has yet to make its way to the market just yet, it is being prepared for a roll out some time in 2017 over in both the US and in Europe markets. However, it does look as though going green is not going to be that cheap either. Green Ride touts three different models that will make their mark under the INU umbrella, with the biggest difference between them being their estimated “driving” ranges of 20km, 30km, or 40km. Of course, you would also need to watch your weight, since the scooter has been specially designed to carry a rider who weighs approximately 80kg/176lb, with a maximum carrying capacity of 120kg/264lb, while the INU itself tips the scales at 25kg/55lb. It will feature a maximum speed of 25kmh/15.5mph that can be achieved in four seconds, and the Li-ion battery is touted to take a zero-to-full charge in about three hours, with a partial charge (50% to full) possible in one hour.