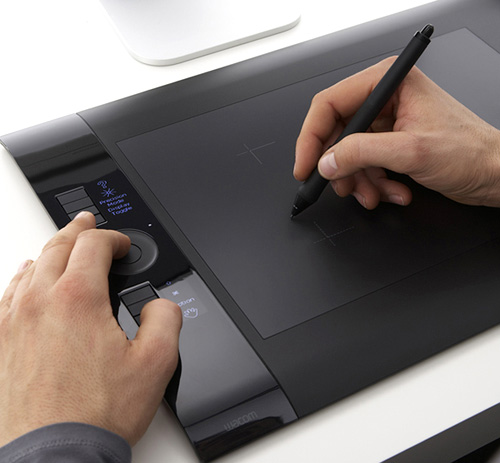 Wacom has made some very cool Professional Pen Tablets in the past, such as the Bamboo series. These Bamboo tablets recently got an upgrade with multitouch capacity, but even though the Intuos4 doesn’t have that feature, it still deserves a spotlight.

The Intuos4 has a similar layout as the Bamboo, except the controls are on the side rather than the top. These controls include user-defined ExpressKeys as well as a multifunction Touch Ring that makes it easy to use functions like zooming and other shortcuts.

The Intuos4 is designed for artists on the computer. Its pen feels very natural, like you were using a pen on paper. I can honesty say that I don’t have 2048 levels of pen pressure sensitivity for precise pressure control.

You may find these prices exorbitant, but I did a search for this on Amazon and found some cheaper prices. However, if you are an artist who draws digital drawings, the prices I quoted in the previous paragraphs are still worth the price.