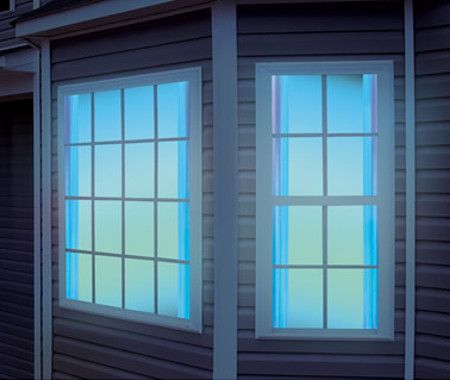 Going away for a long holiday can be fun – but that would also mean you have your fair share of worries to fret over, such as the security of your home. If you happen to be on good terms with your neighbors, then life would be a whole lot better, but what happens when even with such good people living around you, the neighborhood in which you live in is not all that great in terms of security? An empty home might be an easy target for looters and thieves – which is why some folks fix timers that will turn lights on and off. Observant burglars would be able to see through such a ruse in a jiffy, so why not give them something more “challenging” in the form of the $49.95 Intruder Discouraging Television Mimic?

It will be different from regular timers that turn lights on and off, as this particular device will instead mimic the flickering glow of a TV in order to dissuade burglars who might actually be prowling the neighborhood, seeing just which particular home is “ripe” for burglary. You will need to install the Intruder Discouraging Television Mimic out-of-sight near a window, where it sports an integrated microchip that will simulate the scene changes, fades, swells, and color shifts of a TV as seen from the outside thanks to a bright multi-color LED display that is diffused with an opalescent lens. The built-in light sensor will turn it on automatically at dusk, where it will turn off after two, four, or six hours.